Whether it’s the Premiere League, the Six Nations, or perhaps March Madness over in the States, there’s always lots of games to watch. How are you supposed to watch them all?

Many people in the UK choose to watch free sport on one of the many dodgy websites that you can find with a bit of searching online, but as well as being illegal, these aren’t ideal, and could even be dangerous, and here’s why; TechQuarters, a managed IT service company London businesses have been outsourcing to for over a decade, spoke to us about the problems with illegal streaming of sports (on top of the fact that its against the law); when you watch an illegal sports stream, it could be coming from anywhere, you never know when the stream might cut out – not to mention, the quality is usually pretty poor.

But the real problem is the risk you’re making. Most dodgy streaming sites are rife with adverts that pop up in front of the video, or perhaps are designed to look like a play button. On a dodgy website that streams illegally, there’s a chance the advert you clicked on was a malvertisement. Malvertising – or a Malvert – is an advert that can install a malicious virus or piece of code onto your computer or phone when you click it. It only takes one click, and you might find yourself the victim of a cyber-attack.

So, with illegal streaming out of the question, what are the best ways to watch sports online? Depending on where in the world you live, there will be different options available to you. Below is a list of the top places to stream free sports:

The BBC is synonymous with British TV, and it’s also one of the top providers of free Football coverage, as well as Formula 1, Cricket, Rugby, Tennis, Goft, and Cycling. BBC’s sports roster is very healthy, but what if you’re out and about and want to check in on a game? Or maybe you’re away for work and there’s no TV around? Luckily BBC iPlayer offers live sports coverage entirely for free – all you need to do is create an account (and pay your TV license).

Let’s say BBC doesn’t cover the sport you want to watch. Depending on what sport that is, Redbull TV could be your new favorite online sports streaming service. Not only is Redbull TV specializes in adventure sport and extreme sport such as surfing, snowboarding, skating, skiing, even cliff diving. What is more, Redbull TV doesn’t just do sports coverage – they produce a range of reality sports programming that are bound to catch your interest. The beauty of Redbull TV is that not only is it free, there’s no sign up – so there’s no commitment, and you can start streaming sport you may never have watched before, right away.

This Indian sports streaming site is very popular in South Asia, and may well be popular in the UK, due to the number of British-Indian sports fans. Hotstar specializes in covering all kinds of sports played by Indian athletes and sports teams – the most popular sports they stream is Cricket, Football, and Kabaddi (a brilliant contact team sport that originated in Ancient Indian). Hotstar also stream programming produced by Khelo India – a Government of Indian program that is similar to the Olympics, but is focused on building India’s sports culture.

Sony Liv is another Indian-based streaming service that is a great place to watch mainstream sports. It is owned by Sony Pictures Networks Indian, and it offers a range of content not just limited to sports; it also features all kinds of content from local Indian TV networks – including films and TV series, original programming, and of course, sports. SonyLIV offers streaming for cricket, football, basketball, tennis, UFC, MotoGP, WWE, NBA, Redbull Air Race, and much more. The website is freemium (meaning some content is free, other content requires a subscription) but all sports programming is free – all you need to do is sign up to the website/app. SonyLIV is limited to mostly Asian countries – however, if your country permits the use of VPN, you could easily unlock the geo-restrictions. 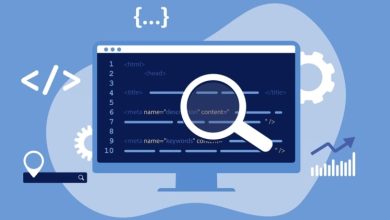 Find the Right Fit for the Building You Need 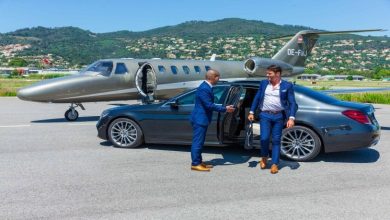 Why is travelling on a Limo so amazing?