In the deal the Braves get $2.5 million and the Angels get minor league top catcher Jose Briceno. The two quality major league shortstops trading have done on teams with differing needs.

Andrelton Simmons hit .265 forty four RBIs and 4 homers in 535 at-bats from 147 games in 2015. Brandon Crawford bit him for the National League Gold Glove at shortstop. Simmons signed a seven-year extension at salaries of $6 million, $8 million, $11 million, $13 million and $15 million under contract through 2020.

Angels general manager Billy Eppler said in a statement, “We are extremely excited to acquire an impact shortstop and one that fits our championship standards,” he added “Andrelton provides us up-the-middle foundation at a premium position for years to come. To know we have a player with Andrelton’s talents, drive and competitiveness at such a young age signed through 2020 is a vital step in adding to our core group.”

The Braves new GM John Coppolella think all three players in the trade will have an impact on our major league team for the 2016 season.

“I am not afraid,” Coppolella said by phone Thursday night. “Fans won’t like this trade because they all love Simmons. I love Simmons too. He’s fun to watch play. But we need more talent. We need to get better and this trade helps that happen.”

The Braves’s general manager John Coppolella said, “You can make an argument that we are a team that can win more games with Aybar,” Coppolella added. “He’s a career .276 hitter and Simmons has never hit .276 in a full season. … I think we traded defense for offense in this trade. The fact that we got two huge upside prospect arms is great. As far as 2016 I don’t think this a big step back for this team.”

Newcomb, 22, was selected with the 15th overall selection in the 2014 Draft. The 6-foot-5 southpaw was rated the No. 25 prospect in MLB in July. Ellis produced a 3.90 ERA while pitching at three levels for the Angels this past season.

Coppolella said. “This was such a good opportunity for us that we wanted to really kind of seize it once it was made available.”

Coppolella think Simmons is the best baseball defensive player in the history but he understood age could diminish his defensive skill.

Coppolella said. “It would have been easy to just say, ‘Let me hold Simmons, because he’s a fan favorite and he makes great plays.’ But he needs some young players to fill talent pipeline year in and year out. 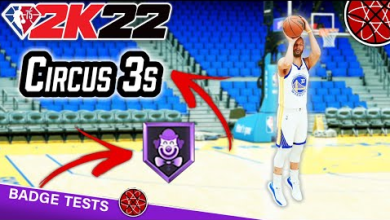