We will dig below the surface of English language to find the most secret rules and differences that you didn’t know existed in English language. For instance; the difference between every day and everyday. Moreover, there are differences that include verb words beginning with R such as; the difference between roll and role. Another more fun rule at we don’t think about is adjective placement. There is a certain order in which we place adjectives in like opinion, size, age shape, color, origin, material and purpose respectively just like in the sentence “look at the cute little white dog”.

Another lesser known fact about language is; being children we have always been taught about articles that “a” is used with the consonants and we use “an” with vowels. Certainly, this is not the case, the actual case is we use “a” with the words starting with consonant sounds and “an” with vowel sounds such as he is an hour late today.

Who verses whom in English Language:

At some point of our lives we all get ourselves stuck between “who” or “whom”, we couldn’t determine whether to use who in a particular sentence or whom but we brought you some simple tips and tricks to clear your confusion once ad for all. You can replace the word with “he” or “she” and try replacing them with him or her. If you can replace it with him or her then use “whom”.

Starting a Sentence with a Conjunction in English Language:

It is now becoming trend to start a sentence with a conjunction such as; but, etc.   but when we investigate the English language booklet there is no such rule. In fact, while writing for academic purposes it is considered unprofessional leaving a horrible impression on the reader. In fact such unprofessional attitude shall never be entertained in reputed organization.

Different to Verses Different from in English Language:

Many people wrongly used the phrase “different to” while the correct way to say it is “different from” just like when we use the word differ, we use differ from. Let’s form a sentence and judge what fits best we will start with apples differ to oranges. Does that sound right? Obviously not it would be correct to say apples differ from oranges. Similarly, we would say “calling differ from texting”.

One Word Sentences in English Language:

When we think of the idea of one word sentences it may be a little vague but there actually is such a thing. For instance; go! This single word implies that instead of saying get going now someone has indicated to go a single word. Apart from that the sign after the word “go!” also adds meaning and logic to just one word.

That Verses Who in English Language:

We overlook this most common grammatical error in English language of using that in place of who and vice versa. We mistakenly say that “the woman that is holding the purse” which is grammatically incorrect to say. We should say; “the woman who is holding the purse”. We can notice that “who” is used for a person and “that” is used for nonliving objects such as; “the book that is lying on the table is mine”. To be clearer about the difference you can research and analyze more example of who verses that.

Referring to a Company as Singular in English Language:

While talking about a company we often make a mistake by referring it as plural such as “xyz are a multinational company” which definitely is incorrect because a company is a single entity and should be referred to as “xyz is a multinational company”. The reason people make this error is people consider this fact that company is a group of people that is in fact should not be considered.

These underlying rules are necessary for professionalism while drafting business letters and a good cover letter. 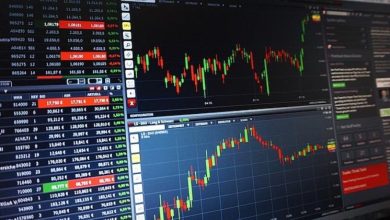 What should I look for in the best Meta Trader 4 brokers?